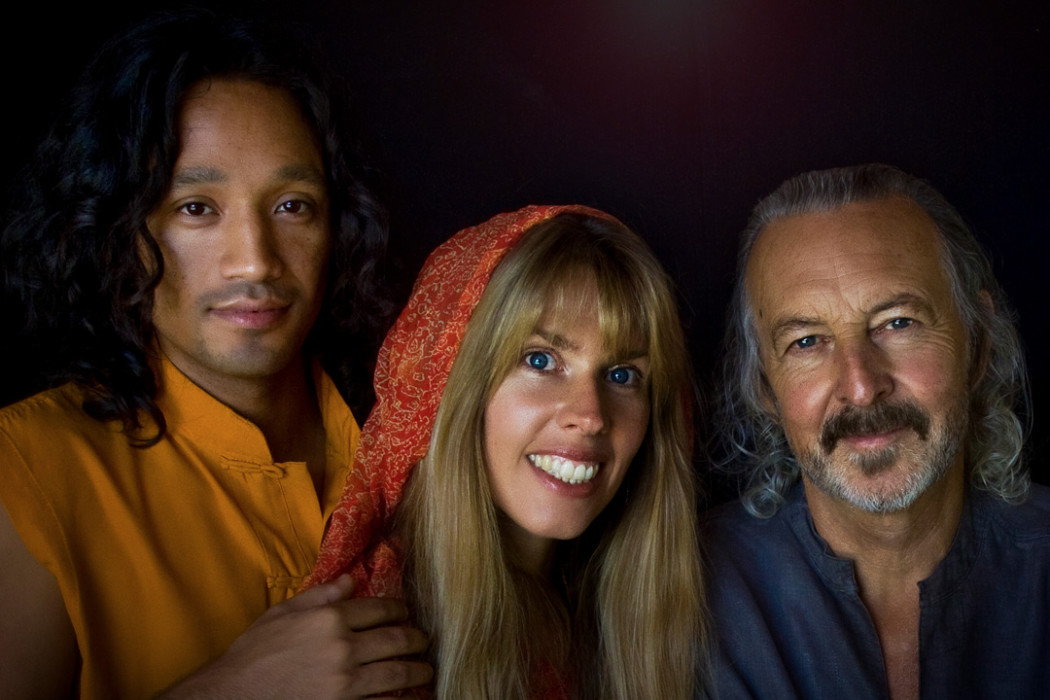 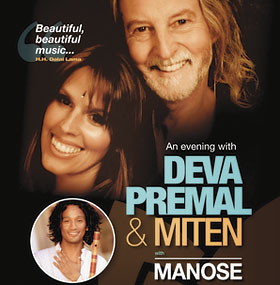 NOT JUST: Campaign on Facebook! Like and share the event you are in the race for 2 Tickets to the concert! (Have you already purchased a ticket, you can win another fine Deva- & Miten-surprise on the day of the concert.)

World famous artist couple Miten and Deva Premal returning to the Nepalese flute player Manose to Stockholm to give a new magical mantra concert at the Concert Hall. Welcome to enjoy the fantastic atmosphere and the meditative and joyful music! When Miten and Deva Premal gives concert as they offer a lot of themselves. There tend to be many good laughs and the stillness of the songs are just as important as the music. Here we get a strong feeling of the mantra force.

Video: Get Glimpse… This biography filmed by Manose begins when the performers come into our packed Concert Hall in Stockholm! Feel the atmosphere!

Deva Premal and Miten met in India 1990. Their journey of creativity and love soon resulted in an inspiring blend of song, mantra and meditation – and, not least, in a range of discs, which sold over a million editions. Their music exceeds the usual genre divisions and has topped the New Age- and alternative charts worldwide.

Mix deras fans fins we rockikonen Cher (who sang one of Deva's most popular songs mantra Gayatri mantra on his farewell tour), coach Tony Robbins and best-selling author Eckhart Tolle, which says: “As you listen to the music of Deva and Miten, the sacred space that lies beyond the mind emerges naturally and effortlessly. Pure magic. "Even His Holiness the Dalai Lama, who heard Miten and Deva sing at a private audience, cried “Beautiful music, beautiful!”

Preview love to the music and read more on www.devapremalmiten.com.